To Seek Out New Worlds 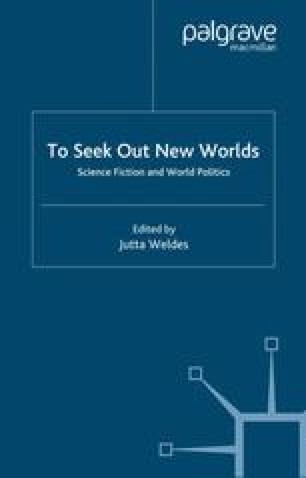 Forbidden Places, Tempting Spaces, and the Politics of Desire

On Stalker and Beyond
Chapter

Andrey Tarkovsky’s film Stalker, produced in the late 1970s in the now defunct and nearly forgotten Soviet Union, is one of those rare cinematic masterpieces that rattle all our preconceptions about the relationships between politics and art, popular culture and the state, science fiction and international relations. Funded by the Soviet government, yet hailed as a dissident work of art in the West, Stalker defies easy political categorizations. It is neither a perpetuator of existing power relations nor a predictable counter-narrative of the Soviet regime. Instead, the film subverts the science fiction genre to tell a complex and metaphysical story about law, desire, and sovereignty in which characters’ relations toward an extra-juridical space called The Zone form a set of different political subjectivities and different visions of the international system.

International System Science Fiction Aesthetic Experience Political Subjectivity Sovereign Power
These keywords were added by machine and not by the authors. This process is experimental and the keywords may be updated as the learning algorithm improves.

What was that? A meteorite that fell to Earth? Or a visitation from outer space? Whatever it was, there appeared in our small land a miracle of miracles: the Zone.

We sent in troops. None returned. Then we surrounded the Zone with police cordons. We did right. Although, I am not sure. Not sure….

—From an interview with Professor Wallace, Nobel Prize Winner, for RAI press (in Stalker, a film by Andrey Tarkovsky, Mosfilms Studios, 1979)

The Zone is a complex maze of traps. All of them death traps. I don’t know what it’s like when there is no one here, but as soon as humans appear everything begins to move. Former traps disappear, new ones appear. Safe places become impassable, and the way becomes now easy, now confused beyond words.

Because this is the Zone.

You might think it’s capricious but at each moment it’s just what we’ve made it by our state of mind. Some people have had to turn back empty-handed after going half-way. Some perished at the threshold of The Room. Whatever happens here, depends not on the Zone, but on us.