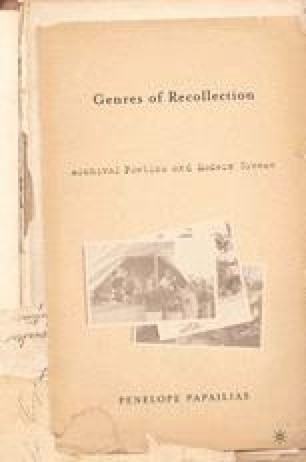 Genres of Recollection pp 1-41 | Cite as

Chapter
Part of the Anthropology, History, and the Critical Imagination book series (ACHI)

This book explores the politics of historical representation in Greek society through an ethnography of documentation, archiving, and historical writing. Against the backdrop of the late 1990s, the first decade of the post-Cold War era, I take up central traumatic moments of twentieth-century Greek history—refugee crisis, labor migration, urbanization, and civil war—in order to trace the various historical and political contexts, archival constructs, and textual and technological formats in which accounts about them have been documented. My aim is twofold: to bring into relief the cultural mediation of historical knowledge and consider the way that “re-collecting” the past contributes to the production and reproduction of cultural difference, socioeconomic distinction, and political community.

Historical Narrative Historical Production Historical Knowledge Historical Scholarship Cultural Memory
These keywords were added by machine and not by the authors. This process is experimental and the keywords may be updated as the learning algorithm improves.
This is a preview of subscription content, log in to check access.