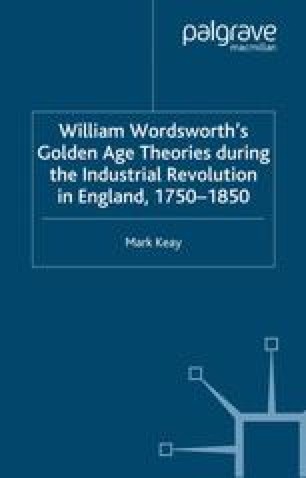 This chapter will define more precisely than before the extent to which Wordsworth’s views of land tenure were rooted in his study of history and not just his personal observation and experience of a vanishing way of life. It will involve the review of Wordsworth’s life and work within the context of contemporary scholarship on the Lake Counties and pre-industrial society: in particular, (i) the contemporary usage of the term statesmen to signify yeomen-farmers and customary tenants in the region; (ii) the original meaning of Border tenure, in feudal times, as ‘tenant right’, and its later reduction to ‘customary estate of inheritance’, on the one hand, and ‘copyhold’, on the other; and (iii) the historical connection between this ancient system of farming and the growth of social and economic equality in Old Lakeland. In so doing, we shall discuss the poet’s Golden Age ideal of Old Lakeland as the product, in part, of social, economic, and political traditions in the area.1

Land Tenure Lake District Economic Equality Lake County Border County
These keywords were added by machine and not by the authors. This process is experimental and the keywords may be updated as the learning algorithm improves.
This is a preview of subscription content, log in to check access.