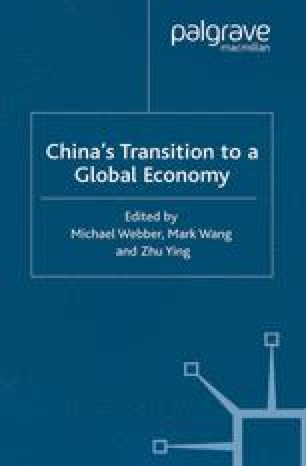 The Trajectory of the Personal Computer Industry

Globalisation reflects not only the emerging forms of state, class and production relations within China, but also the rearrangement of industries and corporations to allow China to approach the global economy. The PC industry has been one of the targeted industrial sectors for the development of the new globalised economy in China. Both internal actors, such as governments and Chinese industrialists, and external actors, such as foreign MNEs, are keen on such development. Since the mid-1980s increasing propaganda has led to the acceptance of the argument that rapid development of high-technology sectors will enable China to leap-frog traditional stages of development and thus close the techno-economic gap with developed countries faster than if more investment had been placed in traditional sectors. Since 1998, the country has jumped into the phrase sea of the knowledge-based economy.

Pearl River Delta Founder Group Branch Plant Original Equipment Manufacturing Foreign MNEs
These keywords were added by machine and not by the authors. This process is experimental and the keywords may be updated as the learning algorithm improves.
This is a preview of subscription content, log in to check access.