The History and Theory of Fetishism 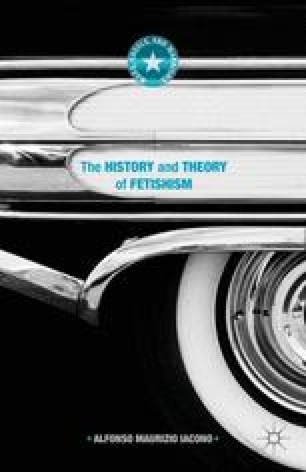 The History and Theory of Fetishism pp 55-74 | Cite as

In the previous chapter I introduced some of the premises of de Brosses’s theory. Before the president of the Assembly of Dijon set out to write on fetishism, discussions of Guinean fetishes had already appeared, alongside descriptions in travelers’ accounts, and had been compared to similar phenomena common among other “savage” peoples. As the comparative method was gaining ground, it became clear that its connection to theories on the progress of humankind impinged on the question of religion and its possible origin.

Human Mind Conceptual Universe Ancient People Cultural Universe Divine Punishment
These keywords were added by machine and not by the authors. This process is experimental and the keywords may be updated as the learning algorithm improves.
This is a preview of subscription content, log in to check access.