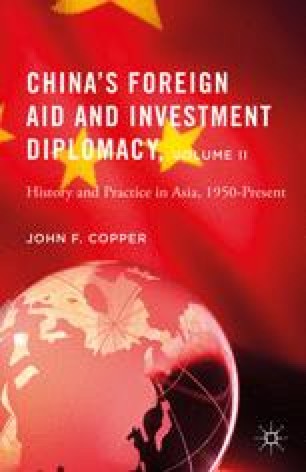 Among the various regions in the world where it has offered foreign aid and foreign investments, China arguably has regarded Southeast Asia geopolitically as the most important. There are former tribute bearers in the area. There are more Chinese living in Southeast Asian countries than anywhere else in the world. Adjacent sea-lanes have become vitally important to China as it has become a trading giant and as it needs to import energy and natural resources and export its products. Last but not the least the region is booming economically and China and the Association of Southeast Asian Nations (ASEAN) have recently formed the largest economic bloc in the world.

Southeast Asian Country Chinese Leader Khmer Rouge Asian Infrastructure Investment Bank Chinese Troop
These keywords were added by machine and not by the authors. This process is experimental and the keywords may be updated as the learning algorithm improves.
This is a preview of subscription content, log in to check access.