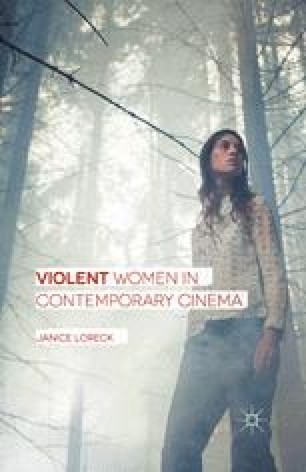 Science, Sensation and the Female Monster: Trouble Every Day

Animal-women, bestial aliens and wild human-hybrids are among the most enduring types of violent women in cinema. They appear in science-fiction films such as Island of Lost Souls (Erle C. Kenton, 1932), Captive Wild Woman (Edward Dmytryk, 1943) and its sequels Jungle Woman (Reginald Le Borg, 1944) and The Jungle Captive (Harold Young, 1945) and supernatural horror films such as The Reptile (John Gilling, 1966), Cat People (Jacques Tourneur, 1942) and its remake Cat People (Paul Schrader, 1982), the erotic Species franchise (Roger Donaldson, 1995; Peter Medak, 1998; Brad Turner, 2004) and the cautionary tale about genetic experimentation, Splice (Vincenzo Natali, 2009). Claire Denis’s melancholy story of desire and aggression, Trouble Every Day (2001), is a part of this cohort. Set in Paris, the film is about Shane (Vincent Gallo) and Coré (Béatrice Dalle), two people affected by a mysterious illness that compels them to viciously attack their sexual partners, resulting in several gruesome scenes that the film shows in intimate detail. Suffering from the advanced stages of the disease, Coré is a particularly bestial predator. Portrayed by actress Béatrice Dalle (who is nicknamed ‘La Grande Bouche’ for her generous mouth and lips), Coré appears wild, regularly escaping from her house to seduce men and maul them with her teeth.

Smooth Space Authorial Signature Immersive Space Horror Film Visual Style
These keywords were added by machine and not by the authors. This process is experimental and the keywords may be updated as the learning algorithm improves.
This is a preview of subscription content, log in to check access.