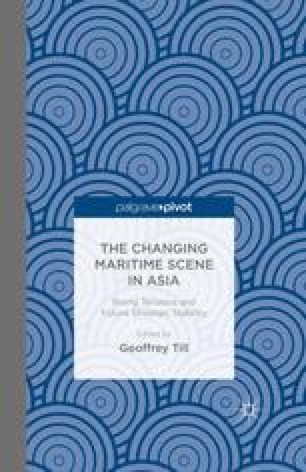 China is in the midst of a substantial economic and military rise in its relative power, although it does not aspire to play a hegemonic or superpower role. Much of this rise is essentially maritime but with this comes apprehensions of vulnerability. China’s dependence on energy supplies and other commodities from abroad and its need to export its manufactured goods mean that safe and secure shipping is critical to its peace and prosperity. Because this shipping is especially vulnerable to turbulence in critical choke points such as the Straits of Malacca and Hormuz, China is acutely sensitive to the prospect of disorder and American reactions in these regions. Against this background it needs to develop its maritime power in order to defend its interests.

Indian Ocean Maritime Security Chinese Perspective Naval Force Tanker Traffic
These keywords were added by machine and not by the authors. This process is experimental and the keywords may be updated as the learning algorithm improves.
This is a preview of subscription content, log in to check access.