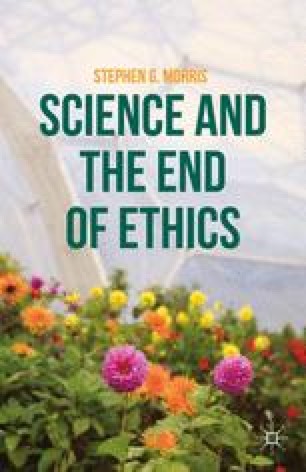 Introduction: The Failure of Traditional Ethics

In the 2007 Academy Award-winning film No Country for Old Men, the protagonist Sheriff Bell laments his inability to effectively counter a new breed of villain in the form of Anton Chigurh. Realizing that he is overmatched, Sheriff Bell is forced to acknowledge that the instincts and cunning that served him in the past are no longer capable of meeting the challenges of the present. Like the aging sheriff, traditional normative ethics appears to be mostly ineffective when it comes to dealing with the most pressing problems of today. Despite the ongoing efforts of many ethicists to overcome society’s ills by arriving at a better understanding of the proper way for human beings to live, their discussions have had seemingly little impact in stemming the rising tide of corporate greed, political corruption, religious antagonism, and overconsumption of resources that have brought in their wake a variety of problems including war, environmental emergencies, and, as of this writing, a continuing financial crisis that threatens to further destabilize economies throughout the world. The main means by which ethicists have attempted to encourage proper behavior—consisting of claims about the apprehension of moral truths with which we are to act in accordance—simply have not held much sway over the average person.

Moral Judgment Moral Responsibility Ethical Theory Moral Theory Moral Belief
These keywords were added by machine and not by the authors. This process is experimental and the keywords may be updated as the learning algorithm improves.
This is a preview of subscription content, log in to check access.