The Persian Gulf in Modern Times 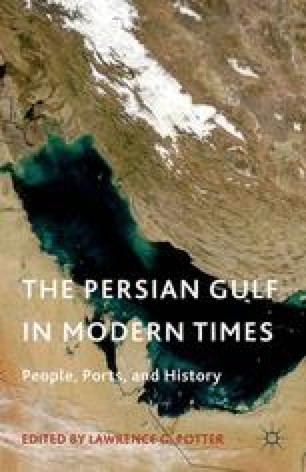 The African Presence in Eastern Arabia

For four decades, football teams representing each of the Arab Gulf states have competed for the coveted regional football championship title in the Arabian Gulf Cup of Nations (Kass al-Khalij), the Gulf’s premier athletic contest. Each fall, thousands of spectators in national dress crowd stadiums to cheer on their national teams. Foreign observers of the competition frequently express surprise at the notable African appearance of a large number of the spectators and players at the contest. These observers may justifiably wonder whether the presence of Africans in the Gulf, which is visible at events like the Kass al-Khalij, stems from recent migrations from Africa, from long-standing patterns of intermarriage between Arabs and Africans through trade and colonization, or from a deeper history involving the slave trade. Those who know something of the region’s medieval history may also wonder whether Africans in the Gulf today may be descendants of participants in the famous Zanj slave revolt of Basra in the ninth century CE.

Indian Ocean Date Palm Slave Trade Slave Labor Free Diver
These keywords were added by machine and not by the authors. This process is experimental and the keywords may be updated as the learning algorithm improves.
This is a preview of subscription content, log in to check access.