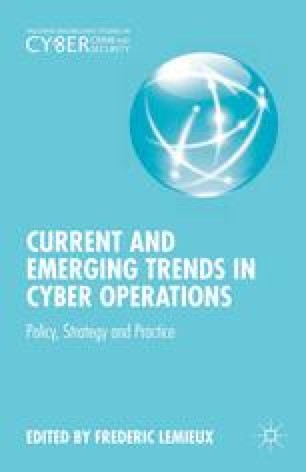 Cyber Operations in the Middle East

The Middle East cyber domain is as explosive as the current physical environment. Rife with constant change, new threat actors, virtual safe havens, and the expansion of extremist views are creeping into once protected virtual domains. The advent of social networking in the Middle East and elsewhere provides a real-time method for propaganda delivery and unstructured command and control. Social media is rapidly becoming the tool of choice for the dissemination of various types of information, propaganda, and calls to action. The ease of use and broad, rapid reach of messages make social media a logical choice for raising awareness and launching protests. Users of social networking tools such as Twitter and Facebook create accounts, which then get accepted or added by followers or friends, requiring specific foreknowledge or reputation-based access to the inner circles of the account holder. The utility of this communication method became apparent during the series of Arab Springs that stretched from North Africa through the Gulf states.

Middle East Social Networking Site Critical Infrastructure Social Networking Tool Saudi Aramco
These keywords were added by machine and not by the authors. This process is experimental and the keywords may be updated as the learning algorithm improves.
This is a preview of subscription content, log in to check access.