Theopoetics of the Word 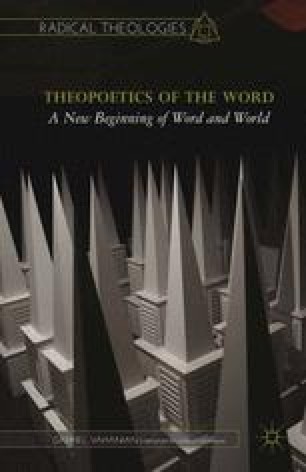 No Christ, No Jesus

Two books and a film: released at about the same time and, by now, possibly forgotten, given that beyond their subject matter what is striking about them is of course their respective titles, each of them pregnant with a specific grasp of the real—from literal and factual to symbolic and spiritual. With Les Derniers Jours de Jésus and The Passion of the Christ at the opposite ends of the spectrum, I am towed back and forth between them by L’humour du Christ, a book not quite as irreverent as it could have been had it fully played its role as a sluice between them. Nothing to be alarmed about, however. But, innocuous as they may seem, these very titles prod us at the least to look for, given the nature of its subject matter and, at first blush, its discrepancy of its supernaturally oriented traditional narrative with respect to the present tools of a technologically oriented linguistic paradigm. A paradigm in the light of which, it would at least be a moot question whether the passion of the Christ could be shrunk to the last days of Jesus. Not that the eschatological dimension of the former must be severed from any and all of its historical dimension. But reducing it to some historical event among others would amount to the very denial of language as an instrument of the recovery of the historical event itself. And whatever would thus be recovered would either be true or false, but in no way the call for a decision. The question thus is not even whether history can swallow eschatology. The question is, to what extent is the latter pegged on history? And if so, in what sense?

Christian Faith Present Tool Crooked Nose Biblical Tradition Virgin Birth
These keywords were added by machine and not by the authors. This process is experimental and the keywords may be updated as the learning algorithm improves.
This is a preview of subscription content, log in to check access.