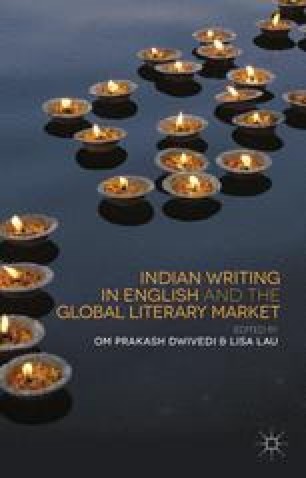 Indian Writing in English as Celebrity

Raj Kamal Jha, an author whose works are rather difficult to get hold of in a physical bookstore today, was described by India Today as having secured ‘a reported advance of over $275,000 — the largest paid to a first-time Indian novelist since Arundhati Roy and The God of Small Things.’1 This was possible because he was signed up by Picador. Stories of similar advances paid to Vikram Seth, Ramachandra Guha and others are not infrequent in Indian newspapers. We do not now see Jha, he does not figure in discussions of Indian writing today — but wait till the news of his next whopping advance comes along. Demonstrating the power of global publishing, such news items not only tell us that an Indian author is a celebrity because she or he commands this kind of money from a global publishing giant, but also subtly suggest that the advance presents the author as a celebrity even without a word in print — a celebrity in advance, shall we say?

Cultural Production Identity Politics News Item Race Critical Theory Celebrity Status
These keywords were added by machine and not by the authors. This process is experimental and the keywords may be updated as the learning algorithm improves.
This is a preview of subscription content, log in to check access.