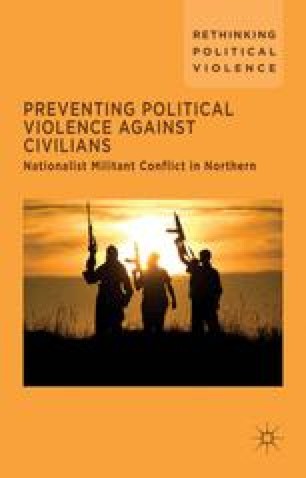 The Study of Terrorism and Political Violence

‘We acknowledge our mistake and guilt … we offer our apology and condolences to the victims’ families. We accept full responsibility for what happened in the hospital and will pay blood money for the victims’ families.’ These were the words of Qasim Al-Raymi, the military leader of Al-Qaeda in the Arabian Peninsula. He made the video after 52 people were killed by Al-Qaeda in a Sana’a military compound and hospital in Yemen in December 2013. It was a rare apology. But it came after public outrage in Yemen for the killings of doctors, nurses and patients in the hospital. The attack was captured on CCTV and broadcast on state television. It showed a gunman walking through the hospital shooting people who were unarmed. The apology reflects the fact that even Al-Qaeda in the Arabian Peninsula realises the need for public support in local and national conflicts.

Militant Group Collective Action Social Movement Political Violence Political Opportunity
These keywords were added by machine and not by the authors. This process is experimental and the keywords may be updated as the learning algorithm improves.
This is a preview of subscription content, log in to check access.