Poverty in Contemporary Literature: Themes and Figurations on the British Book Market 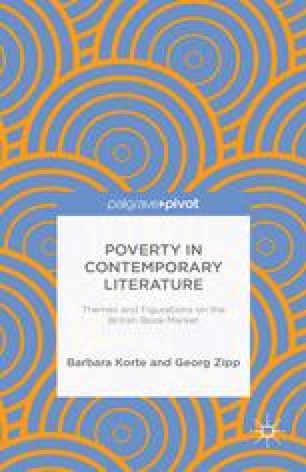 Poverty in Contemporary Literature: Themes and Figurations on the British Book Market pp 17-30 | Cite as

Lifewriting has been an important segment of the book market since the mid-1990s. The misery memoir is identified as a particularly provocative kind of lifewriting because it exposes the suffering and humiliation of deprivation without restraint and with a gesture of lived authenticity. The texts discussed in this chapter could be accused of authenticating poverty as cultural otherness, and their recurring representational patterns confirm associations of the poor with brutality, crime, alcoholism and neglect. Misery memoirs can encourage a reader’s voyeuristic impulse, but their appeal also seems to lie in the emphasis on survival. Case studies include Constance Briscoe’s Ugly, Peter Roche’s Unloved and Jeff Randall’s Love Hurts.