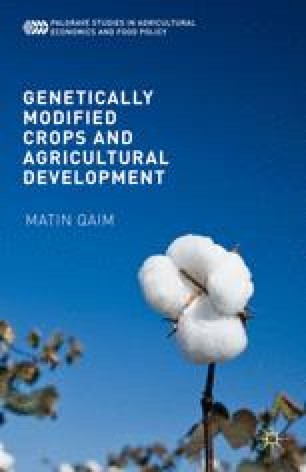 Public attitudes toward GM crops are predominantly negative. This is especially true in Europe, but European perceptions have also spread to other parts of the world. Many people do not only believe but are strongly convinced that GMOs do not bring any benefits for farmers and consumers. Instead, GMOs are seen as a technology that is dangerous for human health and the environment and that contributes to monopolies and corporate control of the food chain, thus causing new dependencies and other social problems. The empirical evidence discussed in previous chapters clearly shows that this notion is wrong. Commercialized GM crops have already produced significant benefits for farmers, consumers, and the environment, and they have an unblemished safety record. Thirty years of risk research also suggest that GM crops are not inherently more risky than conventionally bred crops. If used inappropriately, GM crops can create certain problems, but the same holds true for any other technology. How comes then that public perceptions differ so vastly from the scientific evidence and that this rift has actually further increased over time? The answer is that a huge protest industry against GMOs has emerged since the 1990s. This protest industry strongly influences public opinions and policymaking.

Social Trust European Food Safety Authority Wide Public Chief Science Advisor Organic Food Industry
These keywords were added by machine and not by the authors. This process is experimental and the keywords may be updated as the learning algorithm improves.
This is a preview of subscription content, log in to check access.