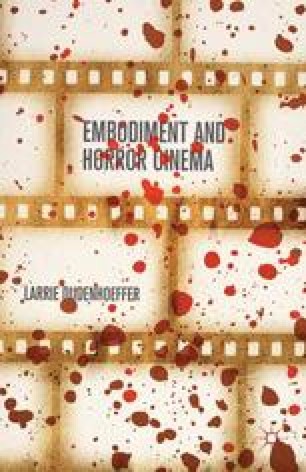 Along with Herk Harvey’s Carnival of Souls (1962) and George Romero’s Night of the Living Dead (1968), Tobe Hooper’s The Texas Chain Saw Massacre (1974) represents one of the watersheds—if not bloodsheds—of independent filmmaking. As film critic Joe Bob Briggs describes it:

The most enduring flick of the hippie era was made by twenty-eight-year-old Tobe Hooper, perhaps the most underappreciated horror director in history, who used $60,000 raised by an Austin politician to create a film that is still shown in almost every country in the world, and whose innovations have continued to influence the horror genre for the last thirty years.1

Great Depression Full Moon Film Critic Horror Cinema American Audience
These keywords were added by machine and not by the authors. This process is experimental and the keywords may be updated as the learning algorithm improves.