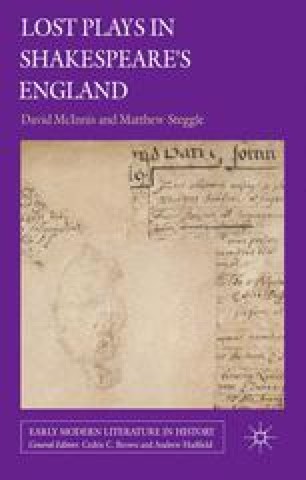 One of the arguments that Thomas Heywood invokes to defend the theatre industry in his Apology for Actors is that plays have served a vital public function: providing audiences with an education in English history.

National History British History Political Relevance Historical Imagination Greek Drama
These keywords were added by machine and not by the authors. This process is experimental and the keywords may be updated as the learning algorithm improves.
This is a preview of subscription content, log in to check access.