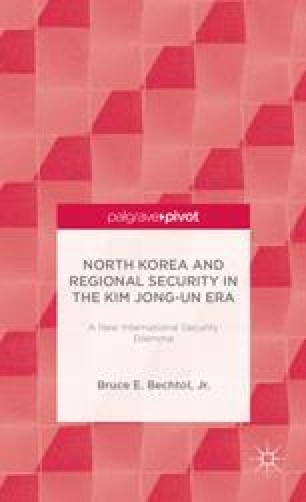 The North Korean Military in the Kim Jong-un Era

This chapter will address the challenges that the North Korean military have faced since Kim Jong-un has taken over as the leader of North Korea. The evidence confirms that Kim Jong-un has struggled to gain total control — and loyalty over the military. North Korea has continued to advance its weaponry and capabilities since Kim Jong-un took over as the leader of the country. The difference in the Kim Jong-un regime is the fact that, unlike his grandfather and his father, he does not appear to have a strong grip on the military. In following a script already laid out for him by his father, Kim Jong-un will continue to maintain and upgrade the conventional military forces, the asymmetric forces, and the nuclear capabilities of his country.