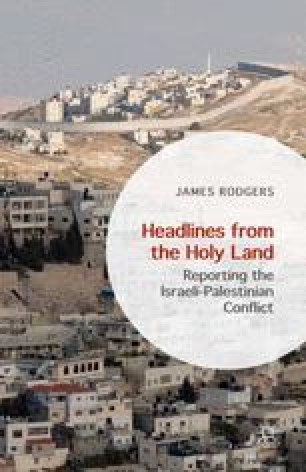 Going Back Two Thousand Years All the Time

Words on a page become pictures in the reader’s mind. Different pictures may form in different readers’ minds; sometimes the word will remind the reader of a thing or place they know and remember. At other times, the opposite happens. Suddenly the eye sees something concrete which they had previously only imagined from reading: an idea becomes an object. So it was on a late winter afternoon in 2003 when I stood at the top of an Israeli military post at the southern end of the Gaza Strip, overlooking the Rafah refugee camp below. I had been invited there by the spokesman’s office of the Israeli Army. They presumably wanted to give me the chance literally to see things from their perspective with a view to informing, and influencing, my reporting of the consequences of their military operations on the people and infrastructure of Gaza. The Israeli fortification was a tall metal fence designed to protect soldiers in their positions behind it. Its construction had involved the clearing of Palestinian houses from the land in front of the fortification, so that no attacker could approach unseen. The demolitions had drawn protests, and, in consequence, deaths. In the three months which followed my visit that afternoon, the Israeli Army would kill two unarmed foreigners, and fatally wound a third.

News Story Refugee Camp Gaza Strip Suicide Bomber Palestinian Authority
These keywords were added by machine and not by the authors. This process is experimental and the keywords may be updated as the learning algorithm improves.
This is a preview of subscription content, log in to check access.