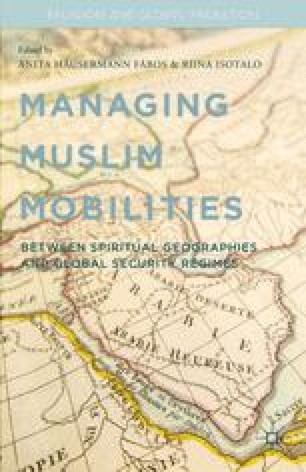 The Discourse of Guesthood: Forced Migrants in Jordan

Jordan, or what came to be called the Hashemite Kingdom of Jordan after 1946, has been a safe haven for various kinds of people: the Muslim Circassians and Chechens who were exiled and deported from the Balkans and Anatolia by a tyrannical Russian regime in the nineteenth century, the Christian Armenians fleeing Ottoman oppression in the early twentieth century, and the neighboring Arab people fleeing erupting conflict in their countries currently. Jordan received the highest percentage of the overall population of Palestinian refugees: 450,000 by the 1948 war and 350,000 by the 1967 war; today, these groups of forcibly displaced comprise almost 50 percent of the Jordanian population.1 Jordan, moreover, received an excess of a few hundred thousand Iraqi refugees between 1991 and 2008 fleeing dire living conditions created by United Nations sanctions, the US-led coalition air strikes against Saddam Hussein and his Ba’ath party, and the sectarian civil war that developed after the 2003 overthrow of the regime. Several events in Lebanon in the 1970s and 1980s pushed some to seek safe haven in Jordan. The very recent flow was after the assassination of Rafiq al-Hariri, when some affluent Syrians and Lebanese sought to be in Jordan. At the time of writing this, the number of Syrian refugees arriving in Jordan since 2012, whether at official border crossings or through villages at border zones, whether civilians or military defectors, today exceeds 515,842.2

Refugee Camp Safe Haven Forced Migrant Syrian Refugee Iraqi Refugee
These keywords were added by machine and not by the authors. This process is experimental and the keywords may be updated as the learning algorithm improves.
This is a preview of subscription content, log in to check access.