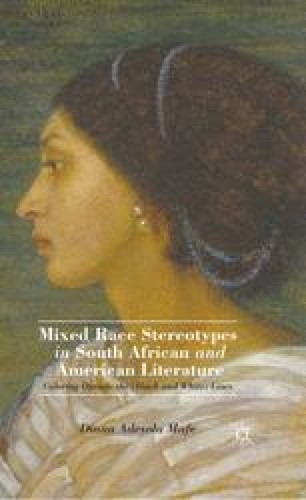 Bitter Fruit, the title of Achmat Dangor’s celebrated 2001 novel, is an appropriate metaphor for the tragic mulatto. It combines the notion of ripe possibility with sour prospects, which is the tragic inheritance of this literary character. As a postapartheid novel, published in the “mulatto millennium,” Bitter Fruit functions differently from the preceding tragic mulatto texts. The novel is set on the cusp of the new millennium, at the end of Nelson Mandela’s presidency, and at the conclusion of the Truth and Reconciliation Commission (TRC) hearings.1 The bitter legacy of the old South Africa and the ripe promise of the new nation thus coexist in a fragile stasis, which is captured by the public and political TRC and its mediation of private and personal stories. The story of one coloured family, the Alis, is also the story of the nation and its efforts to reconcile opposing forces and histories. Dangor weaves multiple tragedies and traumas into this rich novel but he places 19-year-old Mikey Ali, the product of a coloured woman’s rape by a white security policeman, at the center of the narrative. Mikey is the figurative “bitter fruit” and the character that upsets the carefully preserved yet artificial balance.2

Female Character Comic Book Mixed Race Walk Away Bitter Fruit
These keywords were added by machine and not by the authors. This process is experimental and the keywords may be updated as the learning algorithm improves.

A warring Ishmaelite, unreconciled/When falls the hour I shall not hesitate/Into my father’s heart to plunge the knife/Togain the utmost freedom that is life.