Heroism and the Changing Character of War 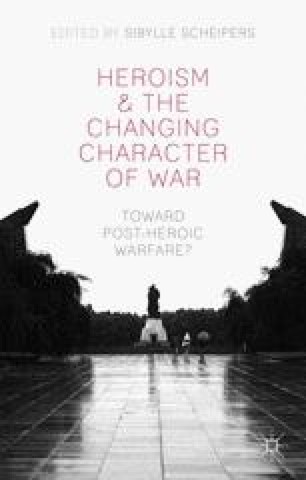 It is September 2000 and at a crossroads near Ne tzar im in the Gaza Strip a terrified 12-year-old Palestinian boy and his father cower in front of a concrete wall, pinned there by an intense exchange of gunfire between the Palestinians on the one hand and Israeli forces on the other. The incident is captured on camera by a France 2 cameraman and we watch as a screaming Jamal al-Durrah tries desperately to shield his son, Muhammed, from the barrage of bullets until finally, perhaps inevitably, the boy is hit four times and collapses dead in his badly wounded father’s lap. While the al-Durrah case remains shrouded in controversy as conflicting Israeli and Palestinian sources continue to debate the incident, blaming each other for Muhammed al-Durrah’s death, his mother Amal has always quietly asserted that her son ‘did not die in vain’. Instead, she regards him as a martyr and hero, and his death, she says, ‘was his sacrifice for our homeland, for Palestine’.1

Refugee Camp Gaza Strip Suicide Bomber Muslim Brotherhood Palestinian Refugee
These keywords were added by machine and not by the authors. This process is experimental and the keywords may be updated as the learning algorithm improves.
This is a preview of subscription content, log in to check access.