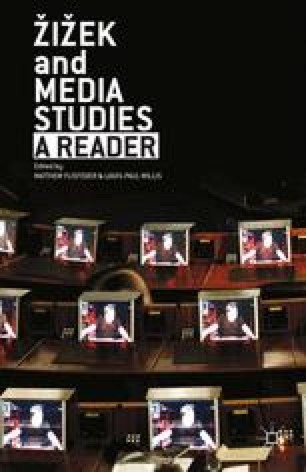 At the beginning of The Metastases of Enjoyment (1994), Slavoj Žižek recounts a story of presenting a lecture on Hitchcock at an American university in 1992. At the end of his lecture, an outraged member of the audience stood up and asked: “How can you talk about such a trifling subject when your ex-country [Yugoslavia] is dying in flames?” To this indignant admonishment, Žižek responded with the following: “How is it that you in the USA can talk about Hitchcock?” His point, of course, was that there would be nothing “traumatic” for him to have behaved in a manner that was more befitting of a victim of violence, “testifying to the horrible events in [his] own country.” However, for his interlocutor, it was, according to Žižek, almost as if he had violated some kind of invisible prohibition simply by behaving like an average American cultural studies intellectual who wants to do nothing more than simply talk about Hitchcock and popular culture. Nevertheless, perhaps there is something significant about Žižek’s presentation on Hitchcock: in a way, doesn’t the interest in Hitchcock—a master of the image—touch upon the very ground of the Real in a world that gathers its sense of “reality” by way of mass mediated images?

Popular Culture Symbolic Order Master Narrative Media Scholar Film Theory
These keywords were added by machine and not by the authors. This process is experimental and the keywords may be updated as the learning algorithm improves.
This is a preview of subscription content, log in to check access.