On Philosophy as a Spiritual Exercise 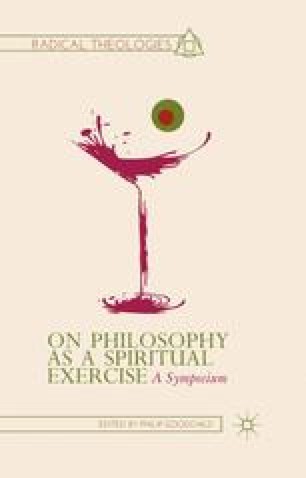 On Philosophy as a Spiritual Exercise pp 67-87 | Cite as

Human Person Pure Reason Categorical Imperative Moral Sentiment Collective Interest
These keywords were added by machine and not by the authors. This process is experimental and the keywords may be updated as the learning algorithm improves.
This is a preview of subscription content, log in to check access.