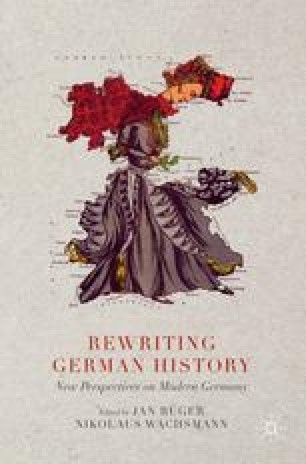 Crossing the North Sea — is there a British Approach to German History?

I open with Richard Evans’s suggestion in Cosmopolitan Islanders that German history in Britain begins with the conjunction of two post-1945 experiences. One of these embraced the Central European Jewish emigration of the 1930s, whose youngest members contained a small but significant cluster of future historians. The other involved the generation of young men born in Britain itself a little earlier, for whom World War II became the decisive life-experience, sometimes via an anti-fascist politics, sometimes by an intense encounter with continental Europe, sometimes by working in British intelligence (often all three).1 These two categories were quite distinct, overlapping perhaps in one especially distinguished instance, Eric Hobsbawm (1917–2012).2 In what follows I will venture some general thoughts on the formation and trajectory of German history as a later twentieth-century field of academic knowledge, focusing on several broad generational patterns. I will end in the 1970s and 1980s, when my own generation enters the story.

Social History European History Weimar Republic Contemporary History German History
These keywords were added by machine and not by the authors. This process is experimental and the keywords may be updated as the learning algorithm improves.
This is a preview of subscription content, log in to check access.