Towards a Science of Belief Systems 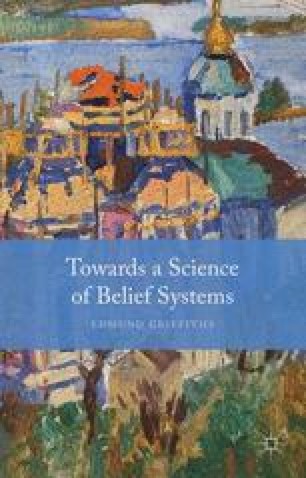 A Theory of Superstition, in Thirteen Paragraphs

§129. The word ‘superstition’ is sometimes taken to be a mere insult (my ‘religion’ is your ‘superstition’), which is therefore not susceptible to objective definition;2 and it certainly can be used this way. If, however, we consider some phenomena that everyone would probably agree to call superstitious — touching wood, carrying a rabbit’s foot, saluting solitary magpies, saying ‘break a leg’, blowing on dice before rolling them, wearing a lucky scarf to a football match — we shall see that they in fact represent quite a compact and easily defined group. In each case, the superstition implicitly or explicitly asserts a particular causal connection without containing any account of how it works. An examination candidate who avoids expressing confidence because ‘it would jinx it’ does not know of any mechanism by which the jinx would take effect; someone walking at night who makes a wish on a shooting star cannot say who or what might hear the wish and grant it; a businessman who once made a bad deal when there were hyacinths in the room and who now refuses to have them in the house3 has no theory as to why it is that hyacinths are unlucky. Indeed, if any explanation were in evidence, the term ‘superstition’ would no longer seem especially apposite.

Belief System Objective Definition Football Match Loeb Classical Library Shoot Star
These keywords were added by machine and not by the authors. This process is experimental and the keywords may be updated as the learning algorithm improves.

Our vain regrets are dinosaurs

Infesting coalseams of the hours