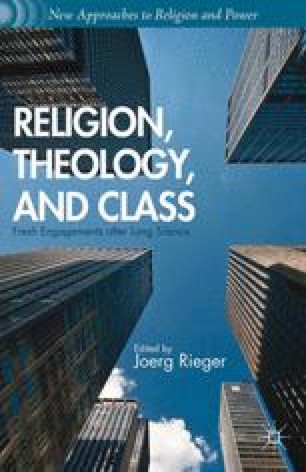 While notions of gender, ethnicity, and race have become widely accepted and are put to use in religious and theological studies, this is not the case with the notion of class. Despite the fact that race, gender, and class are often mentioned together, there is very little sustained reflection on class. Reflections on race and gender in religious and theological studies, while addressing issues of power, rarely include reflections on class. In the rare cases when class is addressed, especially in the United States, it is connected to notions of poverty, social stratification, or income differentials, which are insufficient at best and misleading at worst.

Income Inequality Middle Class Class Analysis Class Struggle Class Matter
These keywords were added by machine and not by the authors. This process is experimental and the keywords may be updated as the learning algorithm improves.
This is a preview of subscription content, log in to check access.