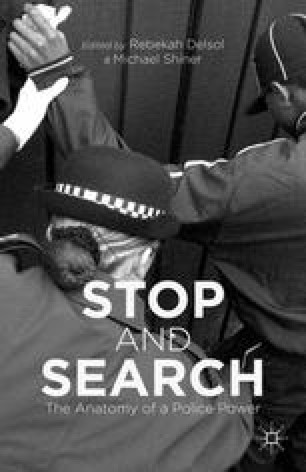 Every two years, the publication of official data for the police service provokes a debate about the extent to which people from black and minority ethnic (BME) groups are stopped and searched compared with white people, and whether any disparities are fair. The most recent figures — which compare stop and search records with the resident population — showed that black people were six times more likely, and Asians twice as likely, to be searched than white people (Ministry of Justice, 2013). These data are important because they tell us about the public’s exposure to, and experience of, police-initiated encounters regardless of the reasons for that contact. However, the police have become locked into a public debate that is fixed on the headline figures, rather than using the statistics as a prompt for more detailed investigation into the nature, causes and consequences of disproportionality. On one side of the debate, the position has been taken that these disparities are unquestionable proof of racism. The police, on the other side, have tended to explain the issue away with reference to a range of possible hypotheses, such as biased police recording and differential offending rates (Delsol and Shiner, 2006; Shiner, 2010).

Black People White People Police Practice Metropolitan Police Reasonable Suspicion
These keywords were added by machine and not by the authors. This process is experimental and the keywords may be updated as the learning algorithm improves.
This is a preview of subscription content, log in to check access.