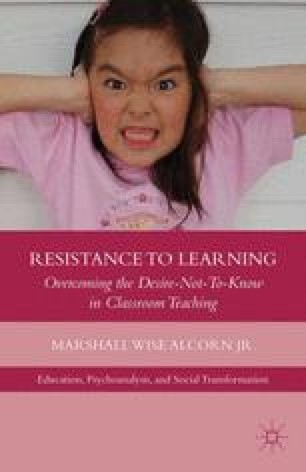 Resistance to Learning pp 1-41 | Cite as

The Emotional Demands of Information Assimilation

American literary critic and rhetorician Stanley Fish has argued that people are not significantly moved by the use of evidence in reasoning. A dramatic example is Fish’s denial of the usefulness of evidence in proving the historical validity of the Holocaust. In a review of the April 2000 London court case between eminent Emory historian Deborah Lipstadt and “Holocaust denier” David Irving, Fish argued that it was incorrect of Lipstadt to “rest her case” upon an apparent distinction between “irrefutable evidence” and “myth, rationality, and bigotry” (Fish 2001, 500). Lipstadt was sued by Irving because she claimed that he had distorted historical evidence. Fish does not deny that Irving and his group belong to the “radical right and the lunatic left.” He does deny that something like “irrefutable evidence” can exist and have force to influence thought.

True Belief Conscious Awareness Emotional Context Emotional Demand True Believer
These keywords were added by machine and not by the authors. This process is experimental and the keywords may be updated as the learning algorithm improves.
This is a preview of subscription content, log in to check access.