Keeping the World in Mind 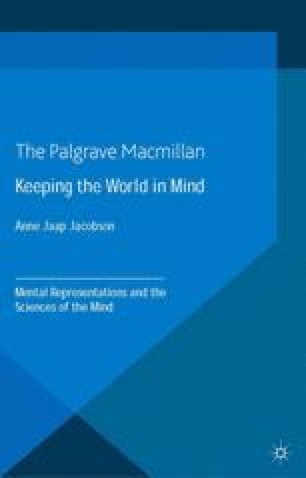 From Fodorian to Aristotelian Representations

Though the original developer of the language of thought hypothesis is Jerry Fodor (Fodor, 1975), many factors before him helped put it in place. One of them, falling outside philosophy, is the theory of computation developed by Turing and realized in digital computers. This gives us a general picture of processing symbols according to algorithms, a picture that morphs easily into one of mental processes as computations over semantically contentful representations. And that provides a major piece of Fodor’s language of thought hypothesis.

Mental Representation Cognitive Neuroscience Satisfaction Condition Intentional Content Pink Flower
These keywords were added by machine and not by the authors. This process is experimental and the keywords may be updated as the learning algorithm improves.
This is a preview of subscription content, log in to check access.

Cite this chapter as:
Jacobson A.J. (2013) From Fodorian to Aristotelian Representations. In: Keeping the World in Mind. New Directions in Philosophy and Cognitive Science. Palgrave Macmillan, London. https://doi.org/10.1057/9781137315588_3