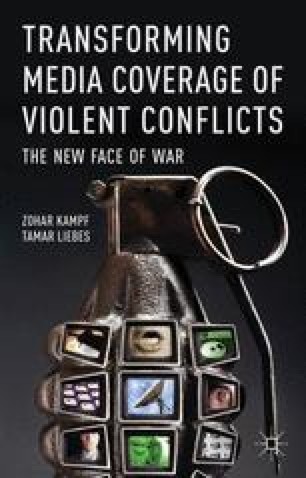 Giving Voice to Enemy Leaders: Negotiating Over the Heads of ‘Our’ Politicians

‘Talking to the enemy’ when at war is a contradiction in terms. The definition of an enemy as someone ‘harmful or deadly … seeking to injure, overthrow, or confound an opponent’ (the Webster dictionary) indicates that an enemy has to be confronted in order to pre-empt his intentions. In what follows we argue that since the 1990s, giving a voice to enemy leaders, however controversial, at a critical moment in the conflict, is no longer unthinkable. True, it is rare, controversial, and may end up doing the opposite of what it is meant to do; however, talking to the other side is gradually becoming part of journalistic conduct during violent conflicts.

American People Terror Attack Public Broadcasting Israeli Government Domestic Public
These keywords were added by machine and not by the authors. This process is experimental and the keywords may be updated as the learning algorithm improves.
This is a preview of subscription content, log in to check access.