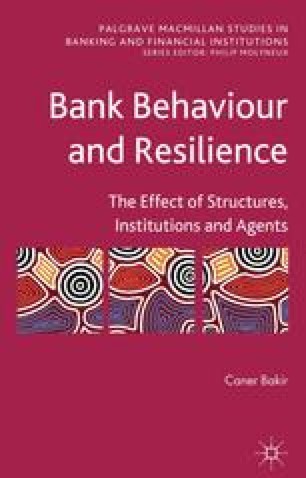 The Political Economy of Competition Regulation in Australia

The government fully accepted 113 of 115 recommendations made by the Wallis Committee; recommendations 82 and 83 which advanced the four largest banks’ (or the majors) interests on the merger issue were not accepted by the government. One institutional aspect of this regulatory framework was the power granted to the Treasurer under the Banking Act and the Insurance Act to determine whether or not mergers among the largest financial firms can take place.1 Number 82 recommended that ‘The Trade Practices Act (TPA) should provide the only competition regulation of financial system mergers’ (Treasury, 1997: 425, emphasis added). In doing so, the Treasurer’s power over mergers under banking and insurance laws could be removed. Number 83 advocated removal of the ‘six pillars’ policy — a government ban on in-market mergers between the four largest banks and two insurance companies. The ‘six pillars’ policy had prevented three different types of potential mergers: mergers among the four largest banks; mergers between the largest two insurance companies; and mergers among any of the four largest banks and the largest two insurance companies. Instead, it replaced the ‘six pillars’ policy with the ‘four pillars’ policy, which continued to block mergers among the major banks while allowing mergers between any one of the big banks and the two big insurance companies.

Large Bank Veto Power Competition Regulation Liberal Party National Party
These keywords were added by machine and not by the authors. This process is experimental and the keywords may be updated as the learning algorithm improves.
This is a preview of subscription content, log in to check access.