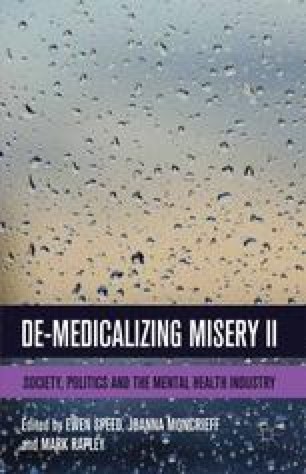 ADHD: How a Lie ‘Medicated’ Often Enough Became the Truth

In September 2010 the world media buzzed with the news that British researchers had found the ‘Holy Grail’ for proponents of ADHD, by proving its genetic basis (Kelland, 2010; Landau, 2010; ABC Online News, 2010). One of the psychiatrists who conducted the much-hyped research, Professor Anita Thapar of Cardiff University, emphatically proclaimed ‘now we can say with confidence that ADHD is a genetic disease’ (ABC Online News, 2010). In reality the research did not support Professor Thapar’s ambitious assertion. However, by the time critics had identified the flaws in Professor Thapar’s claim, the media circus had moved on and millions of people around the globe had read, seen or heard the unchallenged proclamation that ADHD is a ‘genetic disease’.

Stimulant Medication ADHD Child Prescription Stimulant ADHD Drug International Consensus Statement
These keywords were added by machine and not by the authors. This process is experimental and the keywords may be updated as the learning algorithm improves.
This is a preview of subscription content, log in to check access.