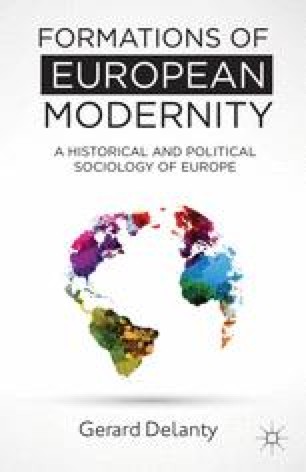 The Renaissance and the Rise of the West Revisited

The Renaissance marks the arrival of both modernity and the crystallization of the initial form of Europe’s cultural model. It refers to the cultural movement generally taken to he spanning the fourteenth to the sixteenth centuries. As the term suggests, the Renaissance means ‘rebirth’, it stood for the rebirth of classical antiquity, which was mostly the Greco-Roman culture, and humanism, but it was also a movement that played a decisive role in the making of modern Europe. But the term is not to be taken at its face value, indeed it is a value-laden term and is an episode in the Grand Narrative of the European heritage as a continuous story from antiquity to modernity whereby Europe rediscovered itself in the past that it had broken from in the Middle Ages and thus made possible a continuity that was otherwise considerably ruptured. For this reason many scholars prefer to use the term ‘early modern’ to characterize the period that culminated with, and included, the Reformation, for the Renaissance did not simply end when the Reformation began; indeed the latter can be seen as a continuation of Renaissance humanism. The term ‘Renaissance’ will be used in this chapter with due caution on the grounds of its widespread currency to refer both to an era and to specific developments within that time.

Sixteenth Century Early Modern Period Grand Narrative European History Modern Republicanism
These keywords were added by machine and not by the authors. This process is experimental and the keywords may be updated as the learning algorithm improves.
This is a preview of subscription content, log in to check access.