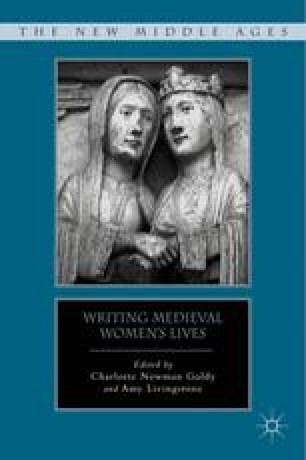 The Foundation Legend of Godstow Abbey: A Holy Woman’s Life in Anglo-Norman Verse

Godstow Abbey was a Benedictine monastery for women, founded in the early twelfth century.1 Before the end of the twelfth century it had gained royal patronage, and in the 1530s it ranked about fifteenth in wealth among medieval English nunneries. Although Godstow’s status has probably been overstated in some modern accounts, it was certainly one of the more eminent female houses in England. Because of its relative wealth and prominence in the Middle Ages, its location near Oxford, and the burial of Henry Il’s mistress in the convent church, Godstow is quite well known even today, in a superficial way.2

Twelfth Century Mystical Experience English Register Oxford Region Early Twelfth Century
These keywords were added by machine and not by the authors. This process is experimental and the keywords may be updated as the learning algorithm improves.
This is a preview of subscription content, log in to check access.