The Education of the Filmmaker in Europe, Australia, and Asia 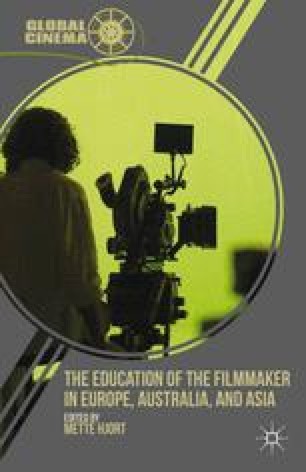 The Education of the Filmmaker in Europe, Australia, and Asia pp 67-84 | Cite as

The Struggle for a Scottish National Film School

The history of national cinemas and nationally specific film movements demonstrates time and again the strategic role played by film schools in nurturing ideas and ambition, teaching technical skills and building a critical mass of creative activity, all of which are necessary preconditions for a dynamic and innovative moving image culture and industry. Soviet montage cinema in the 1920s, Italian Neo-Realism in the 1940s, the Polish School of the 1950s, the Czech New Wave of the 1960s, the New Australian cinema in the 1970s, the Fifth Generation Chinese cinema of the 1980s, New Danish cinema and Dogme 95 in the 1990s, the Berlin School in German cinema in the 2000s—these are all examples where film schools have underpinned significant creative achievement. Perhaps even more than being a catalyst for innovation, however, the enduring value of film schools has been their contribution to the maintenance of national cinemas and their underpinning industries and institutions over time, helping them to negotiate fluctuating critical and commercial fortunes, to embrace new challenges and opportunities, and to maintain a sense of vitality and purpose.

Creative Industry Television Drama Public Service Broadcaster Scottish Executive Film Festival
These keywords were added by machine and not by the authors. This process is experimental and the keywords may be updated as the learning algorithm improves.
This is a preview of subscription content, log in to check access.