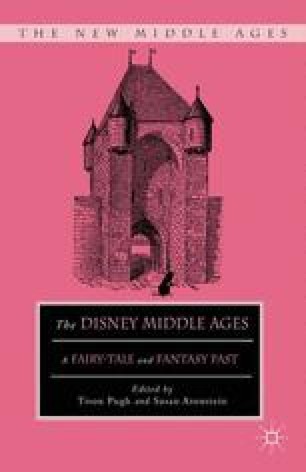 The history of animation and its precursors (including the praxinoscope, the zoetrope, and the flip book) is one in which technology and aesthetics continually influence each other, and in which the available technology produces the aesthetics, the signature look, of a given era. The earliest animations, for example, were driven by a desire to simulate the motions of the human form, but such animations could only do so in limited ways. In the first animated projection, Charles-Émile Reynaud’s Pauvre Pierrot (1892), the focus is on the movements of Pierrot, Arlequin, and Colombine: that these figures moved at all was a wonder for late nineteenth-century audiences. In the first photographed animated projection, Stuart Blackton’s Humorous Phases of Funny Faces (1906), Blackton’s extradiegetic hand animates various people on a blackboard. Despite the caricatured nature of the images, the focus is once again on the human face and body in motion.3

Fairy Tale Multiplane Camera Wild Nature Modern Painter Animated Film
These keywords were added by machine and not by the authors. This process is experimental and the keywords may be updated as the learning algorithm improves.

On the one hand, there is nothing more biophilic than the work of animating nature, which requires not simply filming animal movement, for instance, but being able to reproduce it realistically by hand. By necessity, Disney artists became naturalists. On the other hand, in representing nature, Disney transformed it into something else.

Matthew Roth, “Man Is in the Forest”i

… the grace and infinity of nature’s foliage, with every vista a cathedral …

John Ruskin, “The True and the Beautiful in Nature, Art, Morals and Religion”2