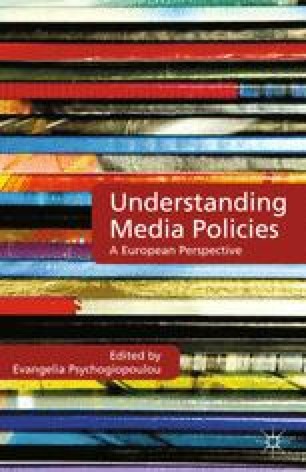 Romania, the second largest country in Eastern Europe (after Poland) — with a population of 22 million, was one of the fastest growing economies in Europe between 2001 and 2008, when it was hardly hit by the global economic crisis. The media have been among the most dynamic sectors of the Romanian economy since the early 1990s. The evolution of the press in post-1989 Romania can be synthesised in two nearly parallel evolutions with different start dates. First, we encounter the transition from total state control to a near total retreat. This is a story about media liberalisation (a shift of ownership from the state to private hands), about freedom taken more than granted in the revolutionary year 1989, and about the positive external influence, notably that of the Council of Europe through the European Court of Human Rights (ECtHR), to consolidate the freedom of journalists. Its climax was reached in 1996, when the ECtHR sided with a journalist who had lost a libel law suit in domestic courts to Romania’s post-Communist president, Ion Iliescu. The journalist claimed that Mr Iliescu had been a KGB agent. The evidence, as it turned out, was not genuine. However, since Mr Iliescu was perceived as no friend to independent media, and since the Romanian courts had ruled on the basis of an article in the Criminal Code from Communist times forbidding the ‘defamation of any authority’, the case was interpreted as one of media freedom, not libel, and Mr Iliescu lost the case in Strasbourg.

European Union Print Medium Media Outlet News Agency Television Channel
These keywords were added by machine and not by the authors. This process is experimental and the keywords may be updated as the learning algorithm improves.
This is a preview of subscription content, log in to check access.