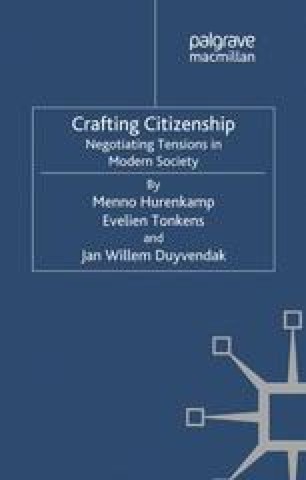 The Three Freedoms of the Dutch: The Culturalization of Citizenship in the Netherlands Put into an International Perspective

We need to empirically examine what has happened since the 1960s to properly understand the Dutch case. The Netherlands indeed emerged as one of the most progressive countries in the world – a fact that both Dutch politicians and citizens are proud of. In its early days, Dutch ‘progressive monoculturalism’ was relatively tolerant. But this changed over the course of the 1990s. However, it is not our claim that a multicultural model has been replaced by a ‘monocultural’ one: ‘models’ as such presuppose much more coherence over time and policy levels than the facts in our case warrant. Our claim, rather, is that the past decade has witnessed the rise of a discourse that perceives Dutch citizenship primarily in cultural terms. This chapter examines the defining aspects of this culturalist framing of Dutch citizenship in comparison to definitions of citizenship in France and the UK.

Domestic Violence Sexual Violence Public Debate Muslim Woman Culturalist Framing
These keywords were added by machine and not by the authors. This process is experimental and the keywords may be updated as the learning algorithm improves.
This is a preview of subscription content, log in to check access.

Cite this chapter as:
Hurenkamp M., Tonkens E., Duyvendak J.W. (2012) The Three Freedoms of the Dutch: The Culturalization of Citizenship in the Netherlands Put into an International Perspective. In: Crafting Citizenship. Palgrave Macmillan, London. https://doi.org/10.1057/9781137033611_6