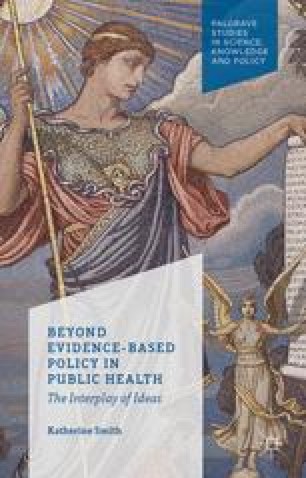 In direct contrast to Chapter 4, this chapter focuses on interviewees who suggested that public health academics ought, instead, to occupy rather more political and critical roles, working as (or with) public health advocates. The notion that academics might function as some kind of political advocates, or activists, does not sit easily with traditional conceptualisations of scientific research, the legitimacy of which rests, at least partially, on an idealised notion of science as value-free, objective and independent of its application beyond the academy. Yet, more advocacy-orientated visions of academic work are gaining increasing currency within public health circles. This is evident in the opening pages of the government-commissioned Marmot Review, for example, where the authors quote the Chilean poet and left-wing politician, Pablo Neruda’s lines, ‘Rise up with me against the organisation of misery’ (Marmot Strategy Team 2010: p. 2). It is also reflected in a recent short essay in the British Medical Journal in which public health scholars Tim Lang and Geoff Rayner argue:

Public health success is as much about imagination as evidence: challenging what is accepted as the so called normal, or business as usual. Public health must regain the capacity and will to address complexity and dare to confront power.

Health Inequality Tobacco Control Tobacco Industry Public Health Research Policy Advisor
These keywords were added by machine and not by the authors. This process is experimental and the keywords may be updated as the learning algorithm improves.

At bottom, the intellectual in my sense of the word, is neither a pacifier nor a consensus-builder, but someone whose whole being is staked on a critical sense, a sense of being unwilling to accept easy formulas, or ready-made clichés, or the smooth, ever-so-accommodating confirmations of what the powerful or conventional have to say, and what they do. Not just passively unwilling, but actively unwilling to say so in public.