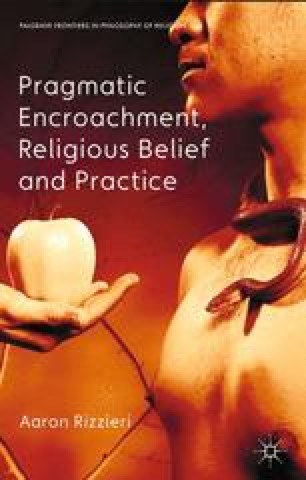 James and the Justification Norm of Belief and Action

Our focus in this chapter is on defending a justification norm for practical reasoning (treat p as a reason for action only if you are justified that p) against the William James–inspired claim that there are widespread circumstances in which it is proper for a subject s to believe and act as if God exists even though s lacks sufficient (i.e. knowledge-level) evidence that God exists. However, my end is not to undermine religious commitment. Rather, it is to reveal why acting on one’s mere hope that God exists is an epistemically, morally, and prudentially superior path for a mature and reflective person with strong religious inclinations whose evidence renders the probability of God’s existence either counterbalanced or inscrutable.

Religious Belief Knowledge Norm Epistemic Justification Spiritual Life Doxastic Attitude
These keywords were added by machine and not by the authors. This process is experimental and the keywords may be updated as the learning algorithm improves.
This is a preview of subscription content, log in to check access.

Cite this chapter as:
Rizzieri A. (2013) James and the Justification Norm of Belief and Action. In: Pragmatic Encroachment, Religious Belief, and Practice. Palgrave Frontiers in Philosophy of Religion. Palgrave Macmillan, London. https://doi.org/10.1057/9781137009418_7