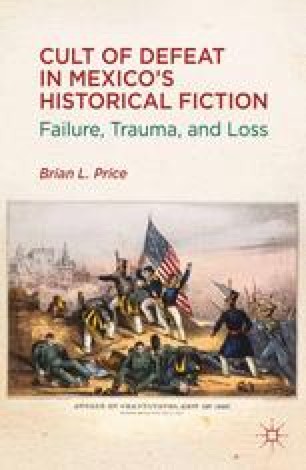 Paralysis and Redemption in Three Novels about the Mexican-American War

In the days prior to the terrorist attacks on the World Trade Center in 2001, the United States and Mexico were making headway on comprehensive reforms to immigration law. President Vicente Fox had made an official visit to Washington a week earlier and urged a joint session of Congress to grant legal rights to millions of undocumented immigrants who were working in the United States, arguing that they had brought and would continue to bring large economic and cultural benefits to the United States. His performance impressed US legislators and reporters alike and President George W. Bush appeared to share Fox’s sentiment. The attacks on the World Trade Center, however, brought negotiations to an abrupt halt. Despite Fox’s best attempts to push through guest-worker programs and amnesty, analysts in the immediate aftermath believed that the issue had been moved to the back burner while the White House focused its attention on recovering from the attacks and combating future threats. One year later, as the Bush administration was making its case for launching a full-scale ground war in Iraq, the talks had all but fallen off the Washington agenda. Though Fox insisted that Mexicans residing in the United States posed no terror threat and called to resume talks aimed at giving legal status to some of the more than four million undocumented workers living north of the border, the White House kept its distance. Distance was further created by Washington’s insistence that Mexico support its war effort.

Mexico City Military Officer Traumatic Past Love Affair Naval Blockade
These keywords were added by machine and not by the authors. This process is experimental and the keywords may be updated as the learning algorithm improves.
This is a preview of subscription content, log in to check access.