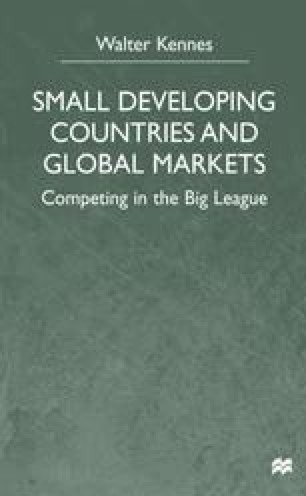 WTO Membership: What’s in It for Small Developing Countries?

The lengthy negotiations needed to reach a satisfactory outcome in the Uruguay Round prompted pessimism about the future of the multilateral trading system. The coincidence of the completion of the European single market and the signing of the NAFTA agreement around the end of 1992, while the GATT discussions were in their seventh year, with little prospect of a conclusion, reinforced these views. Several analysts felt that further progress on international trade liberalization would be obtained within and between regional blocs such as the EU and NAFTA. Some went as far as stating that ‘the GATT is dead’ (Thurow, 1992) or that ‘the GATT system is clearly crumbling’ (Krugman, 1992). However, the successful conclusion of the Uruguay Round with the Marrakesh agreement in April 1994, and the creation of the World Trade Organization enjoying significant new areas of competence, has restored confidence in the important role of the multilateral trading system.1

Foreign Direct Investment Trade Policy Dispute Settlement Uruguay Round Multilateral Trading System
These keywords were added by machine and not by the authors. This process is experimental and the keywords may be updated as the learning algorithm improves.
This is a preview of subscription content, log in to check access.