English in Tibet, Tibet in English 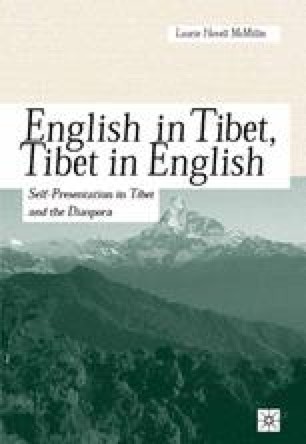 The First One There: Bogle’s Journey

everyone loves Bogle. That is, among the many European travelers who have gone to Tibet in the past two centuries, Bogle is the favorite ofmany scholars andTibetophiles. In 1906,Thomas Holdich noted:

Bogle was an excellent observer, and possessed the rare faculty of adapting himself to the manners and habits of his hosts, as well as the capability of sharing something of their outlook on the world outside Tibet, appreciating their views and to a certain extent sympathizing with them.1

Schuyler Camman commends Bogle’s “remarkable sense of observation and [his] great ability to evaluate what he saw”2 Peter Bishop finds Bogle an agreeable traveler, someone who “was always prepared to use Tibet as a springboard for criticism of Europe.”3 Because of Bogle’s character, he should be singled out. But I feel that he should also be revisited, reconsidered-or rather, his writings should. While many have admired Bogle, few have treated his account as an open book-as a text, with all the complexity such a conception invites. Instead, Bogle’s story is treated as a closed case. Part of this results from most scholars’ reliance on Clements R. Markham’s 1876 edition of Bogle’s account.4 Because of that text, Bogle remains firmly in the past, a solid and coherent figure, a product of his time.

Ironic Statement British Library East India Company Speak Subject European Custom
These keywords were added by machine and not by the authors. This process is experimental and the keywords may be updated as the learning algorithm improves.
This is a preview of subscription content, log in to check access.