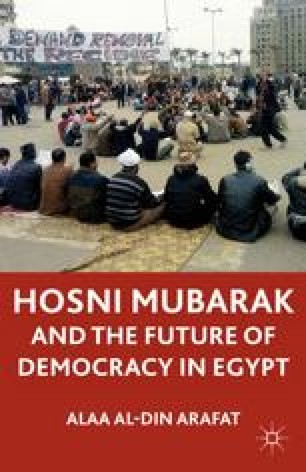 The Arab world is the least free region on the globe, having resisted even the third wave of democratization that swept Asia, Latin America, and Eastern Europe during the 1980s and 1990s.1 Successive Arab Human Development Reports have extensively documented the freedom and good-governance deficit in the Arab region, along with the longstanding democracy deficit. Of 121 nations most recently classified by Freedom House as electoral democracies, not one is Arab. Furthermore, the Arab countries’ freedom quotient has slightly worsened over the last quarter century, during which time not a single Arab head of state has left office through the ballot box.2 The region has been dominated by a range of authoritarian political systems including military regimes, monarchies, theocracies, and one-party statist regimes. Aside from some tactical liberalization, most regimes have resisted efforts to devolve power and accountability either horizontally—to other branches of government; or vertically—to the people through free and fair elections.3 A major contributing factor for this is, of course, US foreign policy toward the Middle East, which pursues its own goals by supporting nondemocratic leaders in Middle East countries such as Egypt and Saudi Arabia. After 9/11 the Bush administration suddenly concluded that those decades of US policy in the Middle East led not to stability but to terrorism.4

Middle East Arab Country Arab World Political Reform Bush Administration
These keywords were added by machine and not by the authors. This process is experimental and the keywords may be updated as the learning algorithm improves.
This is a preview of subscription content, log in to check access.