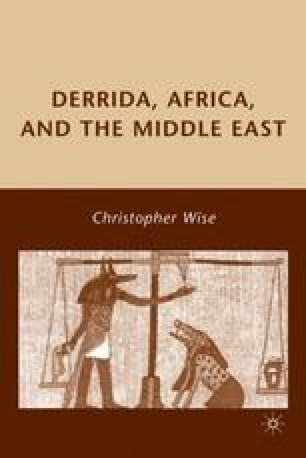 Jacques Derrida’s Specters of Marx: The State of the Debt, the Work of Mourning, & the New International (1994) was published not long after the fall of the Berlin Wall, the so-called demise of Marxism, and President George H.W. Bush’s proclamation of a New World Order. His book on Marx deservedly received a great deal of attention and was followed by the publication of a volume entitled Ghostly Demarcations: A Symposium on Jacques Derrida’s Specters of Marx (1999), edited by Michael Sprinker. However, it would be erroneous to describe Derrida’s book in strictly literary terms, or as a masterpiece of print media, rather than an unusual transcription of an important historical event. What must be emphasized is that Specters of Marx functioned in the first instance as a voiced performance at a specific place and time. Not unlike the Platonic dialogues Derrida has famously subverted, Specters of Marx must be construed as a book that seeks to subvert its own status as a merely reified and spatial artifact. Although surprisingly few commentators have remarked upon this book’s deconstruction of the book form,1 it is finally impossible to divorce Specters of Marx from its historical and performative context, or, as Derrida would have it, from its “perverformative”2 and stubbornly anti-logocentric basis in temporality.

Middle East Print Medium Jewish People Marxist Theorist African Identity
These keywords were added by machine and not by the authors. This process is experimental and the keywords may be updated as the learning algorithm improves.
This is a preview of subscription content, log in to check access.