Subjectivity and Suffering in American Culture 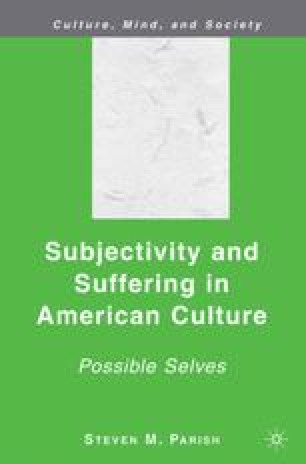 Subjectivity and Suffering in American Culture pp 71-121 | Cite as

California Dreaming: My Days on the Cancer Ward

One day in November, three years ago, I learned I had cancer. I should say, rather, that this was the moment the knowledge became official, took on an aura of authority. I walked along a line of trees into a hospital, on a bright sunny southern California day, found my way to the cancer center, and was escorted into a small office. The doctor gave me the final, official diagnosis, told me of the probable course of the cancer, and described possible treatments. As I listened, the knowledge that I had a deadly disease became coercive and compelling. Having cancer became my reality from that moment on. It became the absolute foundation of my life for the next three years.

Stem Cell Transplant Small World Brute Fact Hospital Room Nursing Aide
These keywords were added by machine and not by the authors. This process is experimental and the keywords may be updated as the learning algorithm improves.

—The Mommas and Pappas

Cite this chapter as:
Parish S.M. (2008) California Dreaming: My Days on the Cancer Ward. In: Subjectivity and Suffering in American Culture. Culture, Mind, and Society (The Book Series of the Society for Psychological Anthropology). Palgrave Macmillan, New York. https://doi.org/10.1057/9780230613188_3