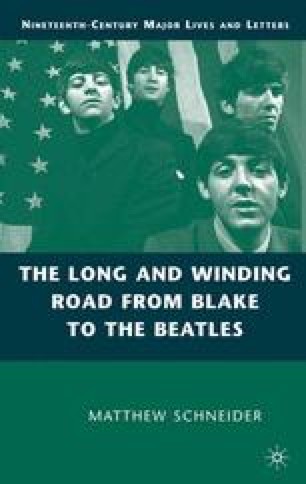 The Transatlantic Roots of Rock Romanticism

The Beatles are the world’s best-known and most successful rock group, but their first love was country music, and they were always at heart, a country band.

Folk Tradition Folk Song Border County Folk Music Country Music
These keywords were added by machine and not by the authors. This process is experimental and the keywords may be updated as the learning algorithm improves.

Anyway, we wrote half of your folk songs in Liverpool.

Cite this chapter as:
Schneider M. (2008) The Transatlantic Roots of Rock Romanticism. In: The Long and Winding Road from Blake to the Beatles. Nineteenth-Century Major Lives and Letters. Palgrave Macmillan, New York. https://doi.org/10.1057/9780230613171_2