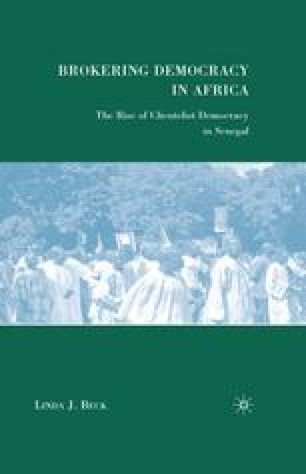 Limited Brokers: Casamançais “Sons of the Soil” in Southern Senegal

Like the Tukulor in Matam, the Casamançais in the southwestern region of Ziguinchor have felt geographically, economically, culturally, and politically peripheral to the Wolof-dominated Senegalese state. Unlike the Tukulor, however, this sense of marginalization has given rise to a secessionist movement in Casamance that has lasted nearly three decades, resulting in the loss of thousands of lives and forcing tens of thousands of Casamançais to flee the violence surrounding West Africa’s longest-running civil conflict. Although there have been several cease-fires and negotiated peace accords between the Senegalese government and the Mouvement des Forces Démocratique de la Casamance (MFDC), including the most recent accord signed in December 2004, the region continues to erupt in violence that threatens Senegal’s political stability and tarnishes its international reputation as one of the rare examples of a relatively tolerant, democratic regime in sub-Saharan Africa.

Colonial Rule Sacred Grove Local Elite Colonial State Electoral Support
These keywords were added by machine and not by the authors. This process is experimental and the keywords may be updated as the learning algorithm improves.
This is a preview of subscription content, log in to check access.